The Cleveland Browns will play their first playoff game since 2002 shorthanded, with multiple players and coaches — including head coach Kevin Stefanski — testing positive for COVID-19.

It’s the third week in a row that the Browns are dealing with issues stemming from positive tests, so all Cleveland can do at this point is roll with the punches, with it looking unlikely that the NFL will postpone the game.

Browns linebacker Mack Wilson was one of the first players to publicly speak following the news, writing on Twitter: “Nothing could stop what God has planned for us. Prayers to our coaches and teammates. We all we got!”

Nothing could stop what God has planned for us. Prayers to our Coaches and teammates. We all we got! ️

It compounds the problems Cleveland dealt with during the final week of the regular season. Cornerbacks Denzel Ward and Kevin Johnson, tight end Harrison Bryant, linebackers Malcolm Smith and B.J. Goodson and safety Andrew Sendejo all sat out last Sunday’s game after being placed on the COVID/Reserve List. 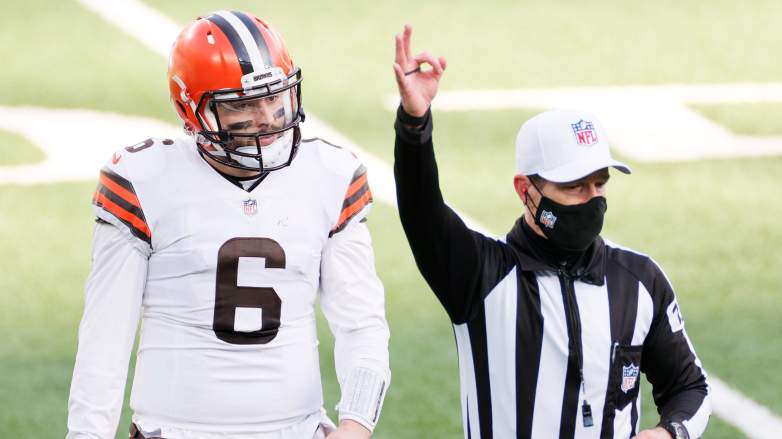 Despite the flurry of positive tests, the NFL has been clear that there are no plans to move the game. It’s believed to be from community spread and not from inside the facility, per Mary Kay Cabot of Cleveland.com.

“If any players or personnel are identified as such, they would remain apart from the team and facilities for five days from the last exposure to a positive individual,” NFL spokesman Brian McCarthy said in a statement. “They would be eligible to return to the team and play in the game.”

What hurts the Browns as well is on the injury front, with defensive end Olivier Vernon and guard Nick Harris being placed on injured reserve. 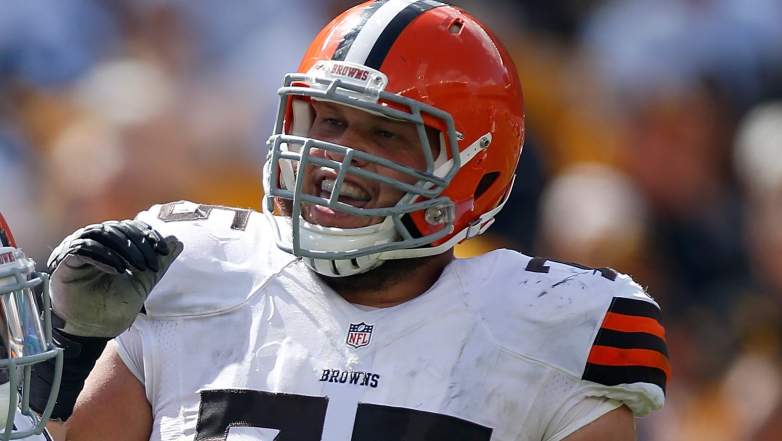 While any player missing the playoff matchup is tough, it’s especially heart-wrenching for Bitonio, who joined the Browns in 2014 as a second-round pick and played through the 0-16 season in 2016.

“Yeah, I talked to Joel quite a bit today,” NFLPA President and Browns starting center J.C. Tretter told reporters on Tuesday. “I feel for him. Obviously with what he’s gone through, what he’s endured over his career and finally finding that success for the first time and then it being taken away at the last second, where he won’t be able to be out there on Sunday, it’s hard.

#Browns center JC Tretter said on NFLPA call he’s talked with left guard Joel Bitonio quite a bit today, feel for him with what he’s endured in his career, finding success and having it taken away. “This is just a terrible scenario for him and for everybody involved.”

“And I feel for him, I feel for all the guys that won’t be able to play for the first playoff game. It’s extremely difficult, extremely tough. It’s tough because he, first off, loves playing football, loves the Cleveland Browns and this is just a terrible scenario for him and for everybody involved. I obviously feel for Joel, I’ve been close to Joel since getting here in Cleveland.”

The line has moved since the positive tests for the matchup, with the Browns coming in as 6-point underdogs, per Odds Shark.