Los Angeles Lakers superstar LeBron James was the target of a viral social media post on Tuesday night that threatened his life.

The post gained traction online due to its detailed and graphic nature, plotting out a murder attempt of James.

“On Thursday, February 19th, I will be going to a Nets vs Lakers game. I will sneak this gun showed in the picture into the arena and shoot [LeBron James] in the head during a timeout. You have been warned @kingjames.” the user witness.kevin.durant posted.

The account has now been deleted but boasted nearly 2,000 followers prior to being deactivated. It should be noted that the Lakers and Nets are not currently allowing fans inside their arenas for games.

After the post started to make its rounds, the user issued an apology, citing the blowback the post had received.

“I’d like to publicly apologize for threatening LeBron AS A JOKE,” the user wrote. “I’ve come to realize things like these aren’t jokes and can be taken very seriously. I have over 500 requests after going private because someone posted it on Twitter. Y’all can hate on me all y’all want but I truly apologize and if I could go back in time and think before posting something like that I would.” 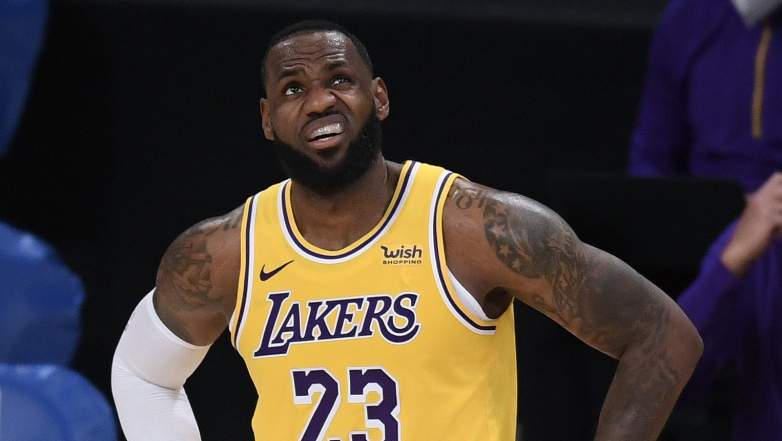 James is one of the most popular celebrities on the planet and has been in the spotlight since he was a teenager, so he’s no stranger to dealing with threats and whatever other vile the internet can kick up.

“With everything going on in the world right now, THIS is the s— y’all talking about,” she wrote. “At the end of the day, y’all are talking about a minor. I don’t care what type of ‘celebrity’ y’all think he is. He’s a child and the bull—- needs to stop. Y’all got the right one.”

LeBron James reposted the message from his wife, writing: “Uh-Oh. Ya’ll f—– with the wrong one now! Good luck. It won’t be cute.”

LeBron James Not Shy to Spreak on Social Issues

James isn’t scared to speak on social issues, which sometimes puts him in the crosshairs of his critics.

James delivered a statement on Tuesday following the Lakers win in Memphis regarding the decision announced by Kenosha County District Attorney Michael Graveley that no charges would be filed against the police officer that shot Jacob Blake.

“To hear what happened in Kenosha today was a blow to the heart and to the gut,” James told reporters. “Not only to that community, but to us and to every Black person that has been a part of this process and seeing these outcomes for so long. Not only in the Black community, but in the white community as well who see moments like this happen.

“We’ve been here before. It sucks. We feel sorry for his family and that community itself. We want better. We believe we can get that.”

James has been a force for change in many ways off the basketball court. Most notably, he helped create “More Than a Vote,” a nonprofit organization devoted to supporting and empowering Black voters, and opened the “I Promise School,” a public school in his native Akron, Ohio, for at-risk students.