Getty Martin Kove strikes a pose at the Cobra Kai press line in 2019.

As fans of the Karate Kid franchise are aware, Martin Kove stepped back into the shoes of antagonist, Sensei John Kreese in the acclaimed series Cobra Kai. Even though over 35 years have passed since the first film premiered, Kreese is just as menacing  as ever. Kove’s intimidating presence on screen may have led some fans to wonder about the actor’s age.

For those who are curious, the martial artist — who is trained in Kendo, Tae Kwon Do, Shihan Tak Kubota, and Okinawa-te — will be turning 75 on March 6, 2021, noted TVOvermind.

Despite Being in His 70s, Kove Says He Does Some of His Own Stunts 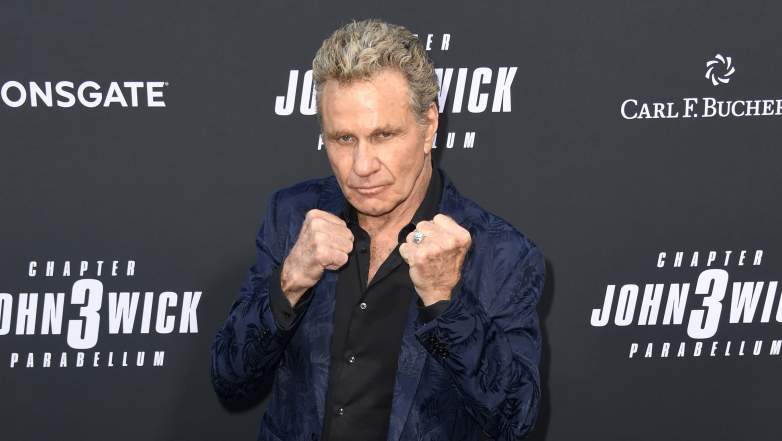 Despite being a few decades older than he was during the filming of The Karate Kid, Kove maintains that he still does some of his own stunts for Cobra Kai.

In an April 2019 interview with Decider, the actor noted that he has a “wonderful trainer” that helped him prepare for on-screen combat.

He then made reference to the “fight scene” between Kreese and his former Cobra Kai student Johnny Lawrence (William “Billy” Zabka) that occurs at the start of Season 2, Episode 1, titled “Mercy, Part II.”

“It was terrific. I did all of it myself. I think I had the stuntman pop in there once. It was great. You just have to work out and prepare yourself; because I’m in decent shape but you go in there and you’re doing three months, 10 episodes, working at a feverish pace, and you physically have to be in shape. You just do,” explained Kove.

He went onto say that while acting on the show is “very demanding,” it is easier compared to the work the Cobra Kai writers do for the series, stating,

[The writers] work harder than we do. They are relentless and ruthless, but the material is so good. You figure, if they can do it, you can do it. Billy [Zabka] and I go to work in the morning; we drive in the same car, and we’re exhausted. But, you say to yourself, ‘They can do it, we can do it.’ 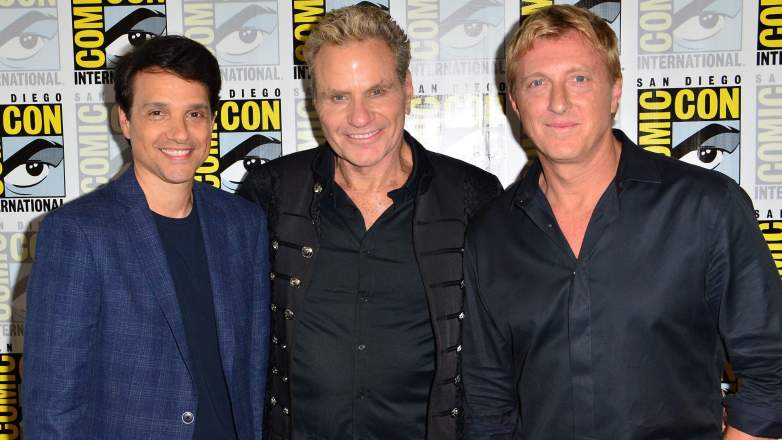 Kove disclosed, however, that members of the Cobra Kai cast have a “very limited amount of time to fight and train. Unlike the movie, where [martial arts choreographer] Pat Johnson in the movie trained us all separately and we trained for months.”

“The first couple of times she missed my face so I told her to really just go for it. I was playing this scene out two different ways. In one scenario, it ends with me smiling because this woman has the strength to hit me and I like that! I wanted to show how much she impressed me with that hit, especially as the wife of my nemesis,” said the actor.

He noted, however, the scene that made the final cut featured “the second option where it ends with me being stunned at this woman who is a total warrior. She really nailed me and it really fed into the moment and made everything very real.”

To see more of Kove as John Kreese, be sure to watch Cobra Kai Season 3, available on Netflix.

READ NEXT: Inside the Dating Life of Cobra Kai’s ‘Miguel’