Kenneth Mitchell made his debut as Aurellio, an Emerald Chain scientist, in the latest episode of Star Trek: Discovery, “There is a Tide…” Though this was a brand new character to Mitchell and the show, it wasn’t Mitchell’s first time on an episode of Discovery.

In season one Mitchell debuted on the show as a Klingon named Kol. In season two he played Kol-Sha, another Klingon and the father of his season one character. In another season two appearance, Mitchell portrayed Tenavik, the son of Voq and L’Rell. Mitchell also voiced Captain Seartave in an episode of Star Trek: Lower Decks.

Though Mitchell was a beloved part of the Star Trek family, a diagnosis of Amyotrophic Lateral Sclerosis (ALS) in 2018 made it unclear whether he’d be able to continue appearing on Discovery.

Star Trek was an Integral Part of Mitchell’s ALS Journey 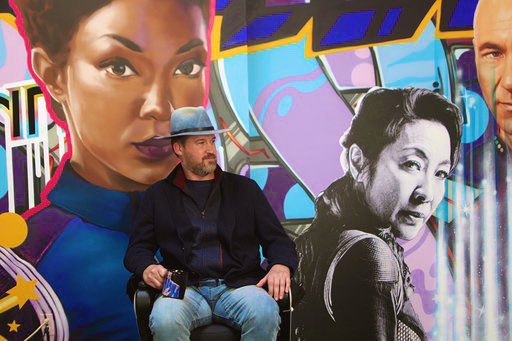 ALS is a neurological disease that causes the nervous system to degenerate, leading to muscular atrophy. People with ALS gradually lose control of their motor functions, and most require mobility assistance as their disease progresses.

Even after his diagnosis, Mitchell kept working with his Star Trek family. As fans may remember, the season two episode he appeared in, “Through the Valley of Shadows” involved Captain Pike’s future disability. Pike was offered a choice between being permanently crippled or saving the galaxy, and fans of both Discovery and The Original Series know what choice he made.

Of course, being part of this storyline had a huge impact on Mitchell, who knew that his diagnosis would mean losing his able-bodied status.

“I mean, that was a really special experience for me,” he told SyFy in an interview last year. “It was also one of the roles I did while I was diagnosed. So, to be part of expanding the story of Pike was a really incredible experience. His story, seeing his future and the choices he has to make are very parallel to what I’m going through. It was very meaningful on that level.”

Mitchell had another pivotal moment working on Star Trek in 2019 when he was recording for Star Trek: Lower Decks. That day was the last time he could walk unassisted. He walked into the studio feeling fine and had a great time recording. But when he was walking down the stairs to leave, he felt his muscles begin to give out. From then on, he required a motorized wheelchair to get around.

Star Trek: Discovery Made Sure That Mitchell Could Come Back

My gosh, thx 4 the warm reception 4 AURELLIO. This special collaboration w the Discovery family injected me w Love & inspiration while I battle my illness. A reminder that regardless of one’s disabilities there is always possibility & ability. HappyNewYear. #StarTrekDiscovery pic.twitter.com/7gc8q4gi1G

After Mitchell’s season 3 character, Aurellio, was introduced to fans, Mitchell tweeted about the “special collaboration” he did with the team behind Discovery so that he could appear on the third season of the show. The tweet hints that Mitchell worked closely with the Discovery showrunners, writers, and props department to create a character that would allow him to appear onscreen in a wheelchair.

Aurellio was born with a genetic defect that paralyzed him from the waist down. His wheelchair, which is a mind-controlled hovercraft, was a creation of the Emerald Chain scientists. Aurellio’s backstory allowed Mitchell to seamlessly integrate his wheelchair into all his scenes. 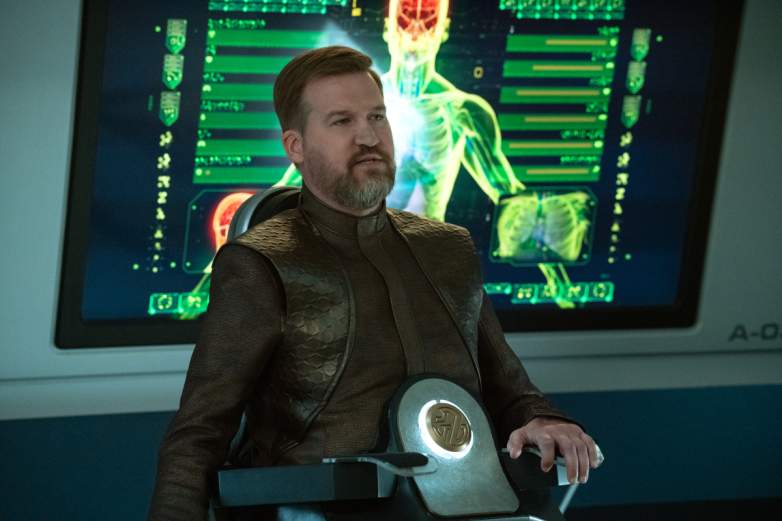 For season two, Discovery cast a wheelchair user as an extra on the show and he was often glimpsed in the background of scenes. Though some disability activists and disabled fans saw this as a step forward for Trek inclusivity, others saw it as tokenism. The core of their argument was that including one wheelchair user in the background of some shots didn’t constitute disability representation.

This big move didn’t go unnoticed by the fans. Several disabled Trek fans responded to Mitchell’s tweet, writing about how wonderful it was to see themselves represented on screen. Many commented on what a wonderful job the writers had done creating a character that made Mitchell’s wheelchair use seem completely natural.

Aurellio will appear in the season three finale of Discovery this week. It’s unclear whether the character will return for season four, but it seems like fans would love to continue seeing Mitchell on their screens.

READ NEXT: Big Questions Fans Have Headed Into the ‘Star Trek: Discovery’ Finale