The last time fans saw the crew of the Discovery they were in quite a bit of trouble. Burnham had been captured by Zareh. Tilly, Detmer, Owo, Rhys, Bryce and the Sphere Data robots were preparing to battle Osyraa and her Regulators, and they were outnumbered in a serious way. Book and Ryn had been captured by the Regulators and delivered to Osyraa, who ended up executing Ryn.

So, how is the Discovery crew going to get themselves out of this impossible situation? These fan theories offer some credible predictions.

The Ni’Varan Fleet Will Swoop In For the Save 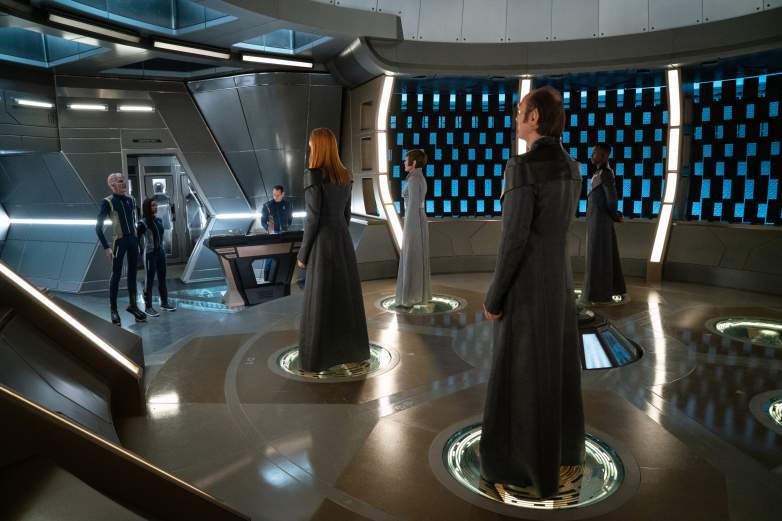 One Redditor posited that the only way the Federation and Discovery could defeat the Chain was if a fleet of starships showed up to help. Though the Ni’Varans are no longer part of the Federation, there is a plausible reason why they’d show up.

Before Burnham was captured, she sent a message to her mother saying that Discovery was under attack and they may never see each other again. In the seventh episode of this season, “Unification Part 3,” Burnham found out that her mother was alive and living on Ni’Var. So, the message Burnham sent to her mother was headed to Ni’Var.

If her mother received the message, it’s likely she’d inform the government of Ni’Var that the Federation and Discovery are in trouble. Though Ni’Var might not want to involve their already struggling planet in a battle that doesn’t really concern them, the Vulcans have a long history of cooperation with the Federation. So, it’s possible they’d be willing to swoop in for the save.

In the same Reddit thread, a different Redditor gave another reason why Ni’Var might want to come to the rescue. They theorized that when Burnham sent the message to her mother, she also sent all the data about Su’Kal and the dilithium planet, which was the source of the Burn. Ni’Var has long believed that their planet was the source of the Burn. The conclusive proof that it wasn’t, provided to them by a Federation starship, may be enough reason for them to mobilize Discovery’s defense. 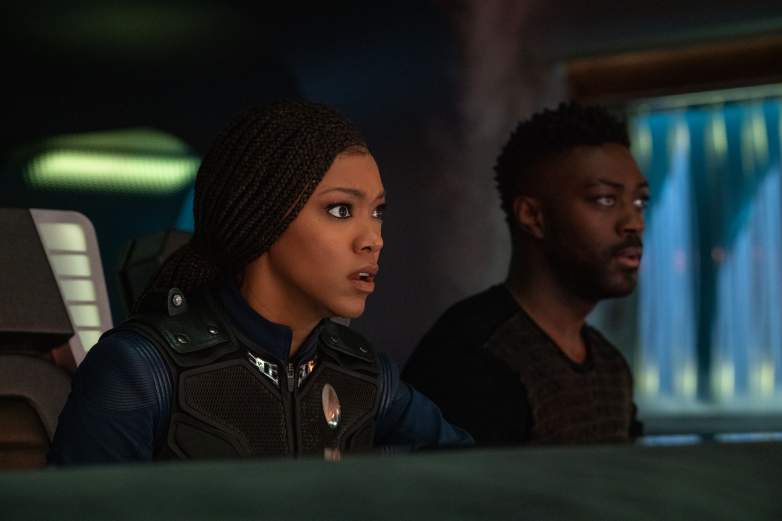 With Stamets off Discovery, jumping to another location where they could get back up from another fleet seems implausible. Stamets has always been the only one who could connect to the mycelial network to power the spore drive that allows the ship to jump. However, one fan theory suggests that someone else can connect to the spore drive, they just don’t know it yet.

One Redditor theorized that Book is actually capable of using the spore drive. Their theory is based on a comment that Aurellio made to Stamets in “There is a Tide…” When Aurellio was trying to figure out how Stamets could work the spore drive, he suggested that an empath could communicate with the mycelial network to make the spore technology work.

In the first episode of season 3, “That Hope is You Part 1,” Burnham found out that Book is an empath and that he communicates with trance worms to save them from extinction. In the eighth episode, “The Sanctuary,” Book used his empathic abilities to save his home planet by communicating a message to the insects plaguing the world.

So, it’s clearly established that Book is able to telepathically communicate with living creatures. Since the mycelial network itself is comprised of living creatures, it follows that Book could connect to the network and ask the spores to jump the ship. If he did that, he could jump the ship to a friendly planet that could provide assistance.

Both of these theories make a lot of sense given the information fans have been provided throughout the season. However, it’s totally possible that the courageous crew of Discovery will come up with an ingenious plan and save the ship and the Federation all by themselves.

There are just a few hours left until fans get to see how everything will unfold.