Ralph Macchio, who portrays Daniel LaRusso in the first three Karate Kid films and the acclaimed series Cobra Kai, recently appeared on an episode of The Tonight Show Starring Jimmy Fallon, which aired on January 5.

During a segment called “The Final Word Cobra Kai Edition,” Fallon asked Macchio a series of questions about the original name of the franchise, actors who were considered for the role of Daniel, sharing the same name of a comic book writer, and fan theories. One theory in particular had to do with the final scene from The Karate Kid, in which Daniel beats Johnny Lawrence (William Zabka) during the finals of the 1984 All-Valley Under-18 Karate Championship.

“At the end of The Karate Kid you famously win the All-Valley Karate Championship with the crane kick,” said Fallon, before showing the audience a clip of the aforementioned scene. He then asked Macchio, “Was the kick actually legal?” 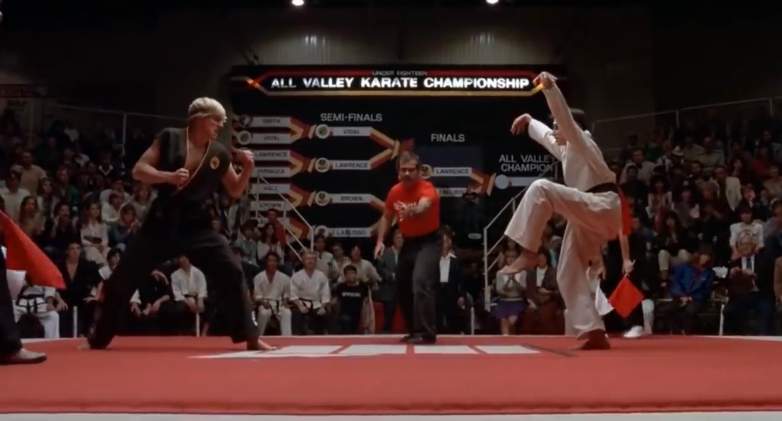 YouTubeJohnny (William Zabka) and Daniel (Ralph Macchio) face off in the final scene of The Karate Kid.

The 59-year-old responded by acknowledging the subject has been highly contested among Karate Kid fans on the internet and proceeded to defend his character’s actions.

“Here’s my theory — no here’s the truth,” said Macchio, which elicited an excited response from Fallon. “Here’s the truth. It’s been a while and I’ve been fighting off these theories a long time. Listen, Mr. Miyagi was the ultimate teacher, so, and LaRusso had him as his trainer. And as the superior trainer– he’s basically the human Yoda. You don’t bet against Yoda. You don’t bet against Miyagi. That number one.”

He then commented on the difference between Daniel and Johnny’s training for the competition, stating,

Number two, I would say, is that LaRusso, how did he train? He trained over a couple of weeks time by household chores, never having the ability of privilege to have a sparring partner. His opponent there, bud, was like, you know, in combat-ready training for years for this event.

He went on to mention that his character had suffered an injury due to “an illegal leg sweep by a teammate” from Cobra Kai before he faced off Johnny.

“And if you look at the tape, not only, does the does the ref say ’point, winner,’” continued Macchio. “A win is a win — [Johnny] literally arguably charged, ran into the kick. LaRusso had nothing to do but defend himself.”

“There you go, the kick was legal,” agreed Fallon.

The Actor Has Previously Spoken About This Theory 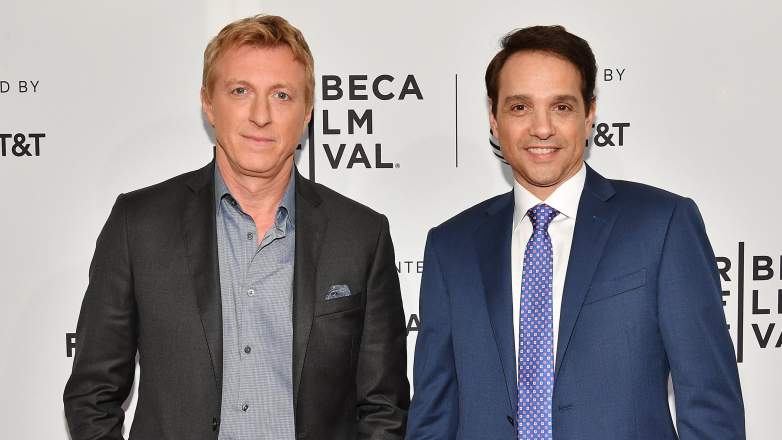 This is not the first time that Macchio has addressed this specific fan theory. However, his opinion regarding the legitimacy of Daniel’s win seemed to have differed in the past. When speaking to The Wrap in 2018, he acknowledged that the crane kick was a questionable way for Daniel to win the competition.

“No hits to the face was clearly something when the referee made the list of things not to do,” stated Macchio.

He also noted that in the first season of Cobra Kai, Johnny and Daniel argue about the outcome of the 1984 tournament.

“There’s a reference in the first episodes… there’s a scene where [Johnny] says, ‘That illegal kick?’ And I say, ‘What about that elbow to my knee?’ Which was equally illegal! You’re not allowed to grab someone’s leg and jam your elbow into their wounded knee,” said the actor.