Ontario is considering “more extreme measures” on top of the widespread lockdowns in place, the premier said on Friday, after the Canadian province reported a second straight day of record-breaking COVID-19 cases.

“I’ve never stressed this so much, all the way going back to March, as I am now: We are in a crisis,” Premier Doug Ford told reporters, begging people to wear masks, wash their hands and stop gathering in groups.

The warning from Canada’s most populous province comes as Quebec, the worst affected province from the pandemic, is set to start a nightly curfew on Saturday. 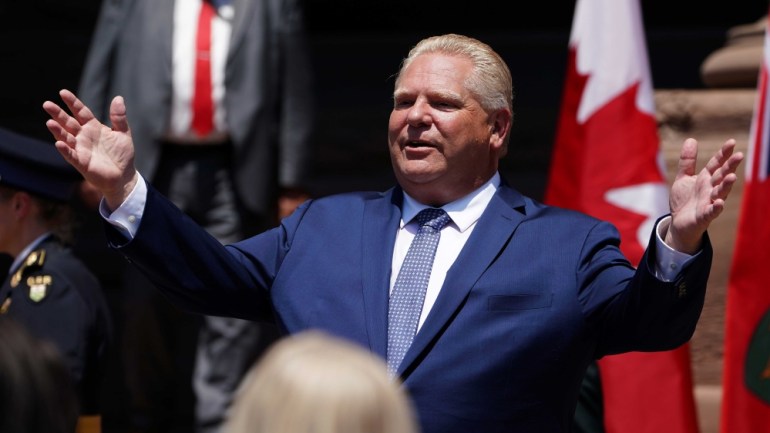 Ontario Premier Doug Ford said if people did not better follow public health guidelines that ‘we will have to look at more extreme measures’ [File: Carlo Allegri/Reuters]

Ontario reported 4,249 COVID-19 cases in the past 24 hours. A stricter lockdown in the province, Canada’s economic engine, would be a further blow and came on the heels of jobs data showing Canada shed jobs for the first time since April.

The province implemented a widespread lockdown affecting most businesses in late December.

Ford said that, if people did not better follow public health guidelines, “we will have to look at more extreme measures.”

Ontario is due to release updated case modelling next week, he added, saying, “We’re in a desperate situation, and when you see the modelling you’ll fall off your chair. Everything is on the table right now.” 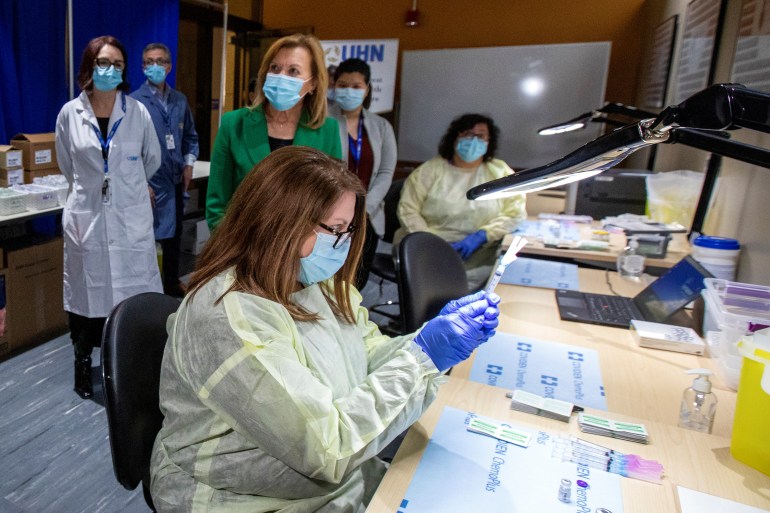 The federal government has signed contracts for millions of doses of vaccines from Pfizer and Moderna, but Ontario and other provinces complain supplies are insufficient.

Senior federal officials side-stepped the criticism on Friday, noting Canada was in line to receive a total of six million doses of the two vaccines by the end of March, up from an initial estimated four million.

Major-General Dany Fortin, who is helping direct the vaccination campaign, told reporters that Ottawa had been clear with the provinces about how many doses had been bought and when they would arrive.

“We are providing as much clarity as possible so planners can plan … and immunise as rapidly as possible,” he said.

Meanwhile, Ontario hospitals were being told to prepare to transfer critically ill patients as resources are stretched thin by rising COVID-19 numbers.

Manitoba, where a months-long lockdown has somewhat curbed daily infections, extended restrictions for at least two more weeks to January 22, as officials said they were monitoring the impact of holiday gatherings.