U.S. Senator Chuck Schumer has a heckler, and she’s not your garden variety heckler. The unidentified woman, who started haranguing the senator as he stood on a sidewalk for a press conference, actually told him that she got sexually excited by the Capitol riots.

Yes, you read that right. “I actually got sexually excited over it, that’s how much I loathe you. That’s how much I’m glad what they did,” the woman ranted to Schumer’s face. He didn’t respond to the tirade, which occurred on January 12.

You can watch the video below but be aware that it’s, well, disturbing.

The Woman Also Alleged, ‘Adolf Hitler Was a Socialist’

In the lengthy ran, to which Schumer did not respond, the woman said, “I am glad. I didn’t think that the Trumpsters had it in them. You racist socialists can dish it out, but you can’t take it.”

She then alleged that “Adolf Hitler was a socialist and that’s exactly who you follow. You’re nothing but a coward, seeing you hide underneath your desks. Nancy Pelosi said people do what they do after all. She doesn’t care about monuments and neither do I and where in the First Amendment does it say that you have to protest peacefully and politely. As long as there’s …unrest in our hearts there’s gonna be unrest in these streets.

The woman then taunted another man, calling him a “racist cracker.” She then turned her ire back to Schumer.

The woman ended her rant with a threat, saying, “These trump supporters are going to go to your house. They’re going to go to Pelosi’s house they’ll destroy her vineyards, and I will be right there to support them.” 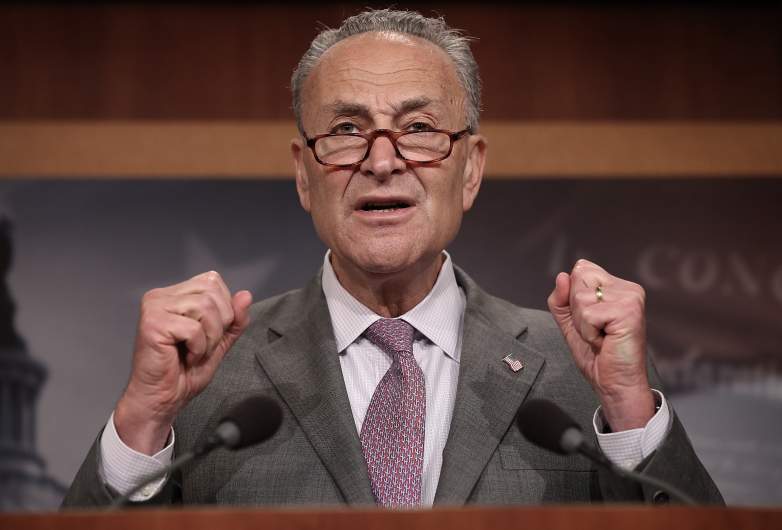 According to The New York Post, Schumer is calling for authorities to place Capitol rioters on a national no-fly list as the inauguration looms. In the press conference, he revealed that he had asked the FBI director to do so.

“We cannot allow these same insurrectionists to get on a plane and cause more violence and more damage. These individuals are a threat to the homeland as defined by the law,” Schumer said, according to The New York Post.

“The law says that acts of terror, like those perpetrated by the people who unlawfully and violently breached the Capitol, must be considered threats to the homeland. Once you’re considered a threat to the homeland, you should and must be placed on the no-fly list, plain and simple.”