According to 11Alive, he died by suicide of a gunshot wound to the chest.

He died in his Georgia home, the television station reported, and two rifles were recovered there. His death was listed as being under investigation.

He was previously accused of entering the Capitol property “against the will of the United States Capitol Police.” More than 170 people have been charged in connection with the Capitol riots. 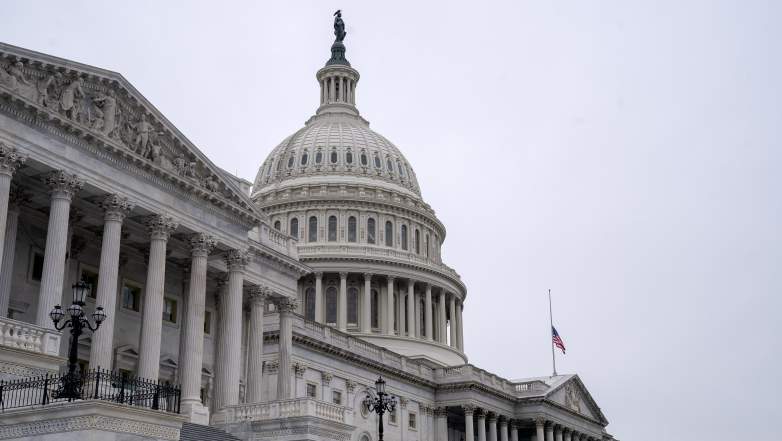 GettyAn American Flag flies at half staff at the U.S. Capitol on January 11, 2021.

Daily Mail reported that Stanton Georgia’s wife called 911 to report that there was “blood everywhere.” He died in the basement of the family home. He was 53 years old.

After the Capitol Riots, people tweeted at who they believed was Stanton Georgia’s employer, although this information was not confirmed. He was from Alpharetta, Georgia. The Metropolitan Police Department’s arrest blotter says he was arrested on January 6 for curfew violation and unlawful entry.

“The lawless destruction of the U.S. Capitol building was an attack against one of our Nation’s greatest institutions,” said Acting U.S. Attorney Michael Sherwin in a press release announcing charges against 13 other people. “My Office, along with our law enforcement partners at all levels, have been expeditiously working and leveraging every resource to identify, arrest, and begin prosecuting these individuals who took part in the brazen criminal acts at the U.S. Capitol. We are resolute in our commitment to holding accountable anyone responsible for these disgraceful criminal acts, and to anyone who might be considering engaging in or inciting violence in the coming weeks – know this: you will be prosecuted to the fullest extent of the law.”

“Today’s charges are just the beginning of the FBI’s ongoing efforts to hold those responsible for the criminal acts of violence and destruction that unfolded during the U.S. Capitol building breach on January 6th,” said FBI Director Christopher Wray of the other people charged. “To be clear, what took place that day was not First Amendment-protected activity, but rather an affront on our democracy. The FBI, along with our local, state and federal partners, is committed to ensuring that justice is served. We will continue to aggressively investigate each and every individual who chose to ignore the law and instead incite violence, destroy property, and injure others.” 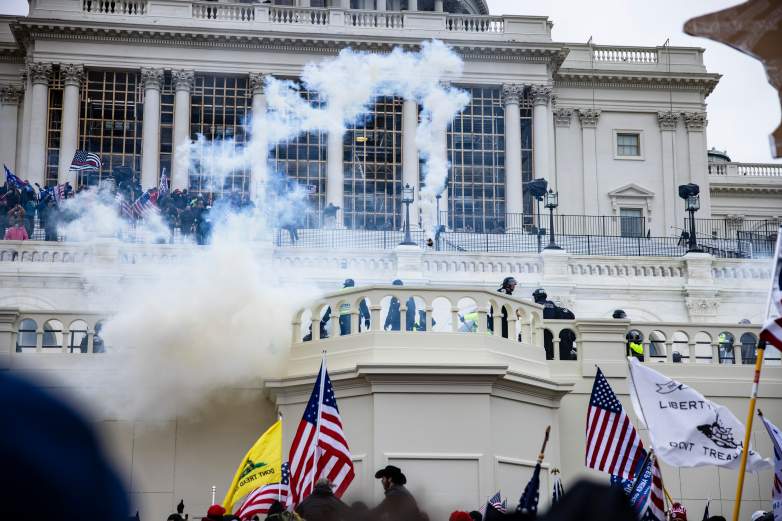 GettyPro-Trump supporters storm the U.S. Capitol following a rally with President Donald Trump on January 6, 2021 in Washington, DC. Trump supporters gathered in the nation’s capital today to protest the ratification of President-elect Joe Biden’s Electoral College victory over President Trump in the 2020 election.

The docket sheet in DC courts says that Georgia was charged with “unlawful entry-public property.” He had a court appearance on January 7. The case was a misdemeanor. He pleaded not guilty and his rights were asserted. His attorney had already filed an initial discovery request.

A neighbor told The Sun, “He was a loving father. I never heard him speak badly to anyone about anyone. Always had a smile and loved cutting his own grass.”

His ex-mother-in-law told the publication, “He wasn’t political at all then that I remember but that was not a political time, times have changed.”

READ NEXT: The Life & Death of Brian Sicknick