The Golden State Warriors selected James Wiseman as their No. 2 overall pick in the 2020 NBA Draft. With the Warriors without one of their star guards, Klay Thompson, for the entirety of the season, Wiseman had to immediately step up as soon as he debuted in the NBA. However, being this new to the league, there is a lot of pressure associated with playing a vital role to an organization so early into your career.

Warriors’ star forward Draymond Green took it upon himself to take the rookie under his wing this season and get him acquainted with getting accustomed to his role in the NBA. In an interview with the media, Warriors’ Draymond Green discusses the rookie and tells about advice offered to him as he gets comfortable with his role on his new team.

Green Says Wiseman In in His Own Head 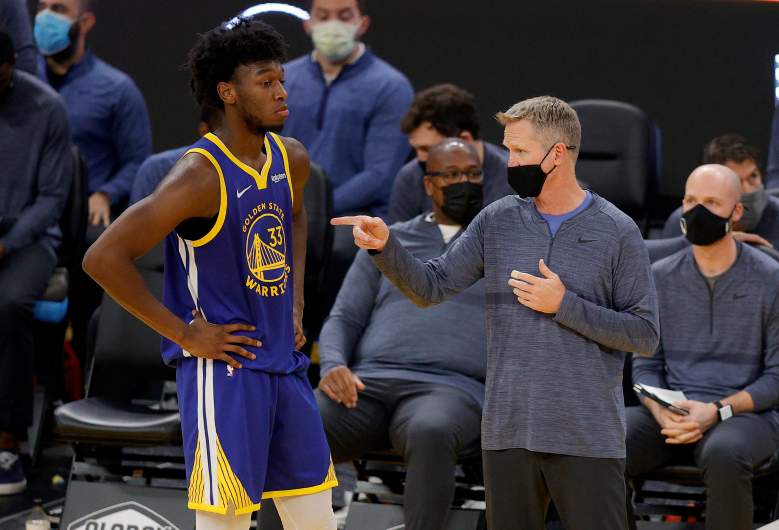 The Warriors came out triumphant on Sunday night after barely making it out of a 106-105 win against the Toronto Raptors. Rookie James Wiseman managed to score 10 points in only 17 minutes on the court. Wiseman also struggled in a matchup against the Pacers on Tuesday where he only scored 8 points.

In the Warriors’ matchup against the Los Angeles Clippers on Saturday, Wiseman was matched up against veteran Serge Ibaka. Surely, Ibaka gave Wiseman a tough game and made sure that the rookie was being guarded heavily. This, unfortunately, got the best of Wiseman, which caused him to not get many minutes in the game.

In an interview after practice, Draymond Green shared some words about Wiseman which shed some light as to why he thinks the rookie is playing in a certain manner.

“He gets too frustrated with himself,” Green said per the Warriors’ SoundCloud. “He gets so frustrated he kind of takes himself out of his game. I told him, I probably had one of the worst games of my career last night, but made some plays down the stretch. You have to be able to forget.”

Learning how to move forward after having a bad night is essential in the league. According to Green, he has been trying to show Wiseman just how to do that.

Green Relates to the Rookie 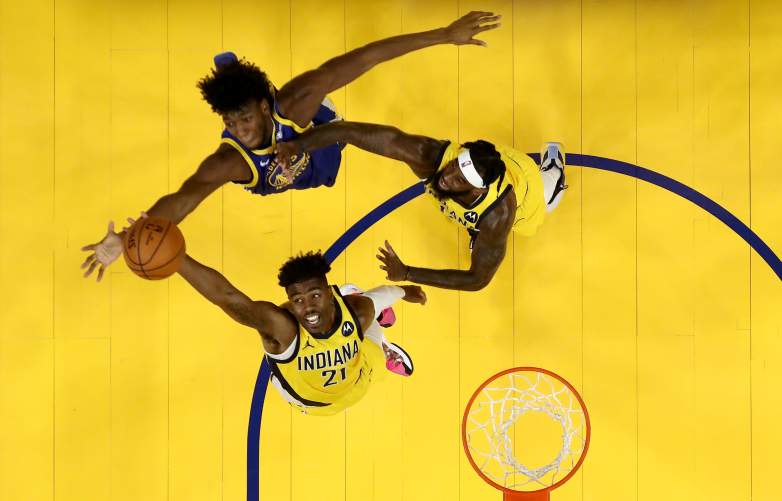 Green has made sure to take Wiseman under his wing in order to not groom him into a better teammate, but a great player overall. Being sharp not just physically, but mentally is key to shaping a player. After his two most recent games, Wiseman has impacted his game due to his frustrations.

To help understand how he relates to the rookie, Green compared the situation to his own performance in the same matchups.

“Like I told him, I probably had one of the worst games of my career last night, but down the stretch I was able to make a couple of plays because you have to be able to forget what happened earlier in the game or sometimes even a possession before,” Green said per Anthony Slater’s Twitter. “You have to be able to forget and move on and try and make a play for your team to give your team an advantage.”

The 19-year-old rookie has only played 10 games in the NBA. Only his 12th game after high school. Even after that little number of games, he is now starting for an NBA team. So although there is a lot of pressure on the young center, he still has a lot to learn.

Through 10 games, Wiseman is averaging almost 11 points and 6 rebounds per game. Although he hasn’t established much consistency, he still has an admirable skill set to be this early in his career. With the mentorship of Draymond, there’s no doubt that the rookie can be groomed into an All-Star.