Nigerian reality TV star, Nengi is being laughed at on social media after she was yanked off her role as the face of her state, Bayelsa State.

After the end of the 2020 edition of Nigeria’s most watched reality tv show, Big Brother Naija which Nengi ended as a finalist, she was received with great reception.

She paid a visit back to her home town in Bayelsa state and in that course, she visited the governors office.

The Governor however rewarded her as he announced she was now the face of Bayelsa Girl Child.

This tag got mixed reactions from social media users as some claimed she did not do anything extraordinary for her to get such a rank from the Governor.

Well, the whole thing is settled now as she has now be yanked off as the face of Bayelsa Girl Child.

She is now replaced with a first class law graduate at the Niger Delta University and the Nigerian Law School.

See her successor photos below:

The reactions from Nigerians shows signs of mockery as some stated that Nengi has no brain or intellect on how to run whatever post she was holding with the government.

See some reactions below: 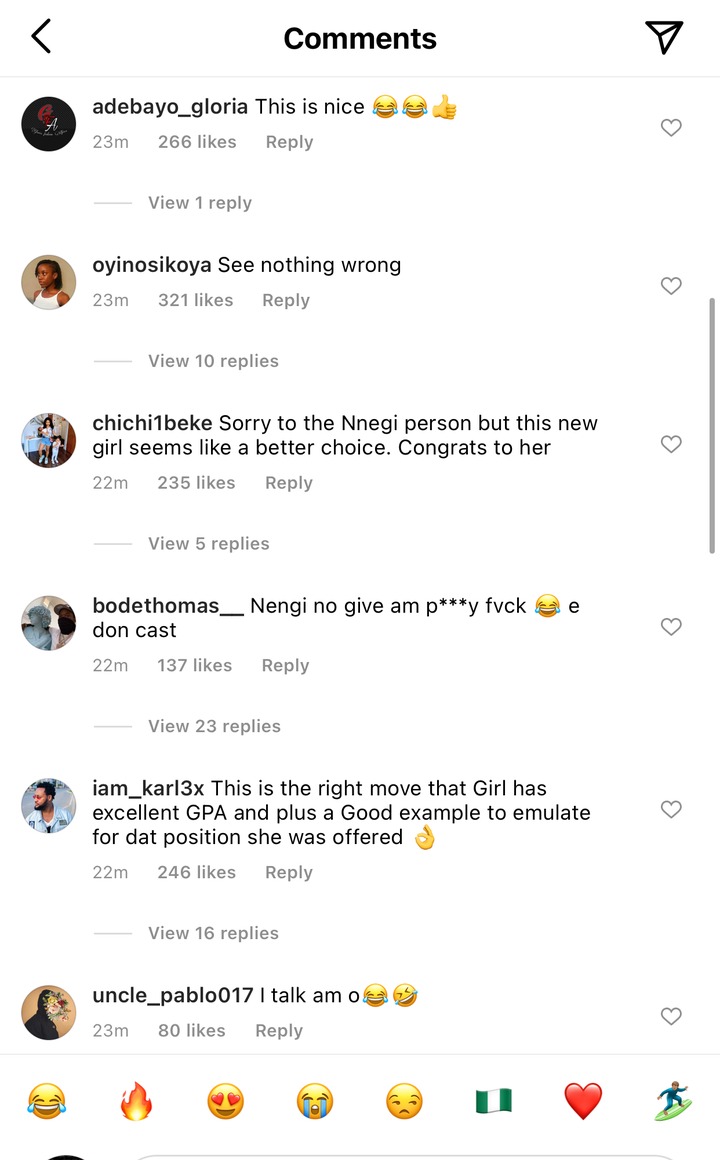 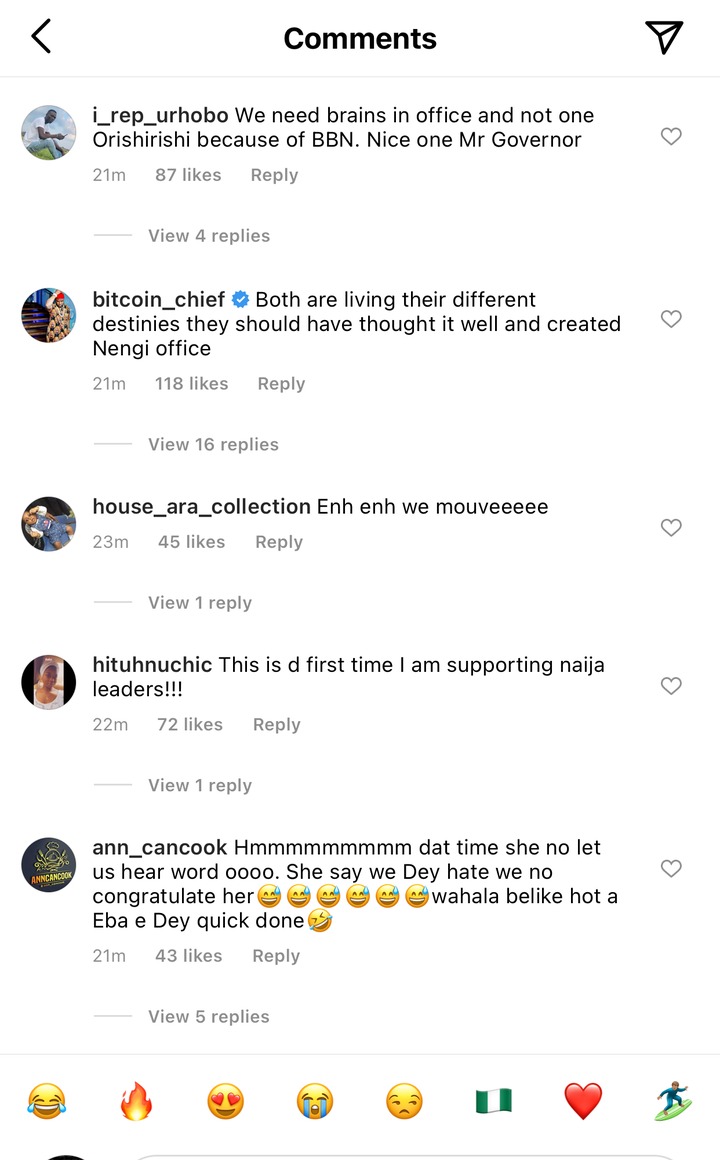