Courtesy of Vikings Vikings Vice President of Player Personnel George Paton accepted a job as the general manager of the Denver Broncos.

After years of fielding offers across the NFL as one of the league’s most sought-after executive, Minnesota Vikings assistant general manager George Paton has finally flown the coop.

Paton accepted a position as the general manager of the Denver Broncos, left vacant by John Elway on Jan. 4,  ESPN’s Adam Schefter reported. Paton, who also served as the vice president of player personnel, has been considered “one of the league’s most universally respected personnel” executives and instrumental to the Vikings scouting department.

“Paton has been a massive part of the Vikings personnel department for years,” she added.

Paton has had the most interviews for general manager of any executive in the league. He even turned down an offer to join Kevin Stefanski with the Cleveland Browns last offseason and has been very selective in his choosing.

Paton’s departure breaks up the trio of general manager Rick Spielman, vice president of football operations Rob Brzezinski and himself as the Vikings’ longtime lead executives.

Paton was also considered a favorite for the Detroit Lions general manager job.

The Vikings’ Best Talent Evaluator Could Bring Several Others With Him 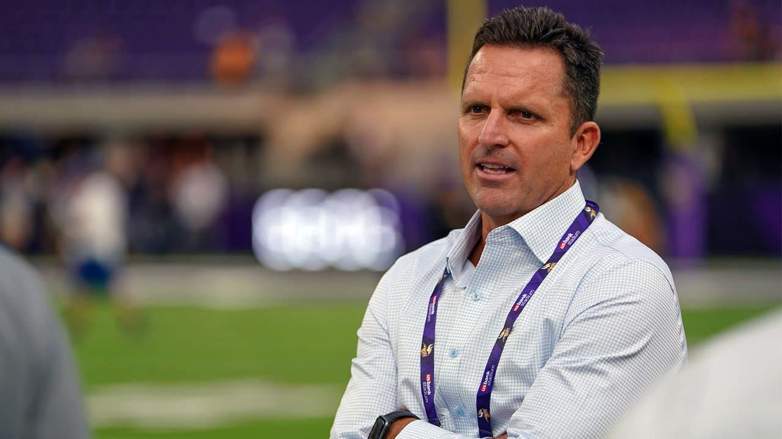 Courtesy of VikingsGeorge Paton could take several members of the Vikings scouting department with him to Denver.

The Denver Post’s Ryan O’Halloran reported that a league source said Paton may try to bring Minnesota’s director of college scouting Jamaal Stephenson to Denver as his assistant general manager. Paton and Stephenson have worked together for 14 years, while Stephenson has worked for the Vikings since 2002.

Cronin added that Stephenson is not the only scout who could depart for Denver after several conversations over the past week as it seems Minnesota’s personnel and scouting departments could be in for a bigger shakeup than expected.

Paton as an executive has been a force in the organization for years and was considered the Vikings’ best talent evaluator.

“As one source told me years ago when I inquired about the thing when I joined the beat, Paton is widely considered their ‘best evaluator of talent,’ ” Cronin said. “Some will argue it’s not even close. Not in the public eye often, but he’s very much what makes up the muscle of the football side.”

However, with speculation surrounding who may depart for Denver with Paton, no one is a clear candidate to take his job.

Cronin reported that the members of the scouting department with expiring contracts may not be let go in time to join Paton dependent on whether Minnesota will void their deals.

Trevor Squire is a Heavy contributor covering the Minnesota Vikings and journalism graduate from the University of Minnesota — Twin Cities. Connect with him on Twitter @trevordsquire and join our Vikings community at Heavy on Vikings on Facebook.