The Golden State Warriors have gotten off to a 4-1 start in 2021, a far-cry from their 0-2 beginning to the NBA’s 2020-21 season. Since then, some of their players have openly spoken about how things are looking up for the team moving forward.

One of Golden State’s key players, Andrew Wiggins, started the season rocky as well but since has steadily improved his numbers and flow within their offense. It’ll certainly be needed if the team has any plans on competing with some of the more stacked teams in the western conference.

Recently, Wiggins went the extra mile in describing what it’s been like watching his superstar teammate torch their opponents. 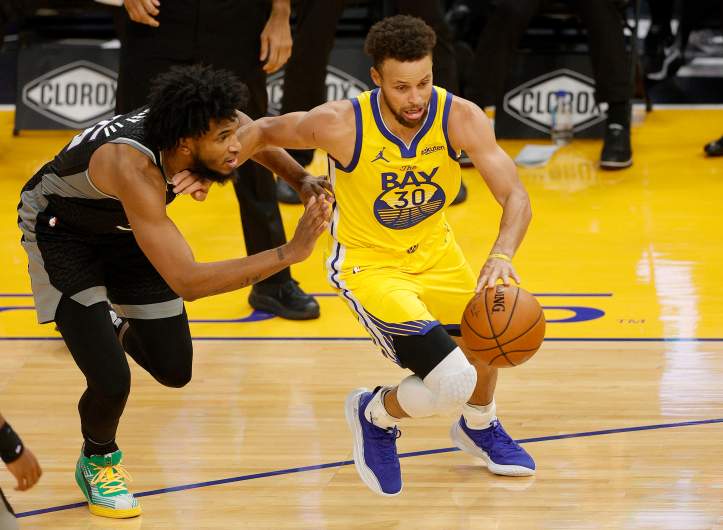 GettyStephen Curry #30 of the Golden State Warriors is guarded by Marvin Bagley III #35 of the Sacramento Kings.

In 3 of the 4 Warriors wins this year their leader, and two-time MVP, Steph Curry began to look like his old self. Prior to 2021, he posted a career-low in shooting 32.1% from the three-point line. Normally, he shoots 43.4%.

During the games, he posted 30 points, 38 points, and 62 points, his career-high. Quite the turnaround but nothing short of what many expect from Curry at this point in his career.

After the Warriors’ comeback win against the Los Angeles Clippers, Wiggins spoke glowingly about Curry and described how sensational it is to see him work.

“It’s amazing. It’s mind-blowing”, Wiggins said to reporters after the game via the Warriors Soundcloud.  “The kinds of shots he can make — the time he can make it. There’s a lot of stuff he can do. He can score with the basketball, but he’s just as deadly off-ball. That’s what makes him so special.”

“It makes life easier, because it opens up the floor for everybody. All the focus is on him, and he’s coming down, he’s making shots that you’d be like ‘woah,’ it’s not a lot of shots he can’t make. As soon as he steps over half, he’s a threat.

“So. he causes a lot of attention.” 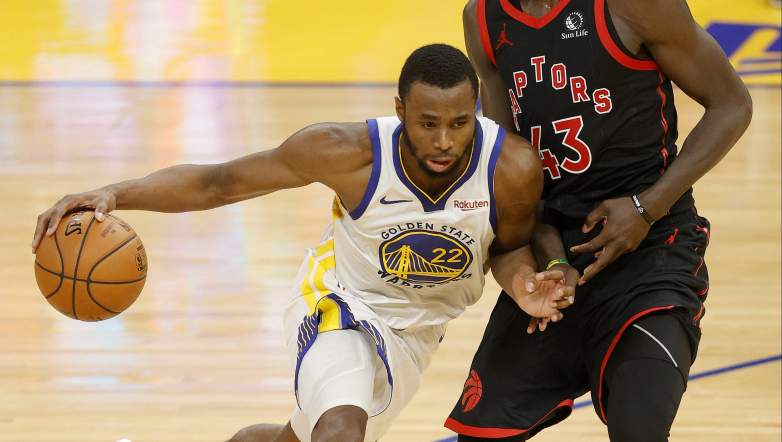 Since his slow start Wiggins has become much more reliable offensively and a force on the defensive side of the court. So far, he’s been tasked with guarding the opposing team’s best players and has held his own.

The Warriors head coach Steve Kerr praised the effort he’s been giving and how much he’s helped change the team from last season.

“We now have somebody to put on the opponent’s best player,” Kerr said via The Athletic. “The ability to put Andrew on those types of players to use his size and athleticism, it’s really the key to our current roster construction. We didn’t have the ability last year. Now we’ve got the ability to guard on the perimeter and guard those wings, so we can be good defensively.”

“We’re not asking him to change our franchise,” Kerr said. “We’re asking him to play defense, run the floor and get buckets. He’s capable of doing all of that.”

Following Kerr’s comments, Wiggins himself talked about how having the marquee players around him has helped raise his level of play.

“I feel like I always play good defense,” Wiggins stated. “I just feel like here the culture’s different (than Minnesota). Here everything is different, especially with the guys I have behind me. It’s not just me out there on defense. We’ve got Draymond, we’ve got Steph, we’ve got Kelly doing a hell of a job. The guys behind me, I know they’ve got my back and it’s great here.”

If the Warriors can continue trending upward, they’ll be in a much better position not just for the playoffs but for the potential re-opening of their championship window next season.