Getty NEW YORK, NEW YORK – DECEMBER 22: James Wiseman #33 of the Golden State Warriors looks on during warmups before the game against the Brooklyn Nets at Barclays Center on December 22, 2020 in the Brooklyn borough of New York City. NOTE TO USER: User expressly acknowledges and agrees that, by downloading and/or using this photograph, user is consenting to the terms and conditions of the Getty Images License Agreement. (Photo by Sarah Stier/Getty Images)

Last season the Golden State Warriors were one of the NBA’s worst teams finishing with only 15 wins. Being so bad, the team was placed in the NBA’s lottery where they would have the chance to select high with the 2020 NBA Draft.

Not only did the Warriors select high being awarded the #2 pick, but they chose one of the better-projected players in former Memphis Tigers big man James Wiseman.

While Wiseman has had some rookie mistakes here and there, he’s been impressive so far averaging 10.9 points, 6.1 rebounds, all while shooting 40.0% from behind the three-point line.

Yet, it’s the rookie’s latest comments about not him finishing games that have some buzzing about what’s next for him. 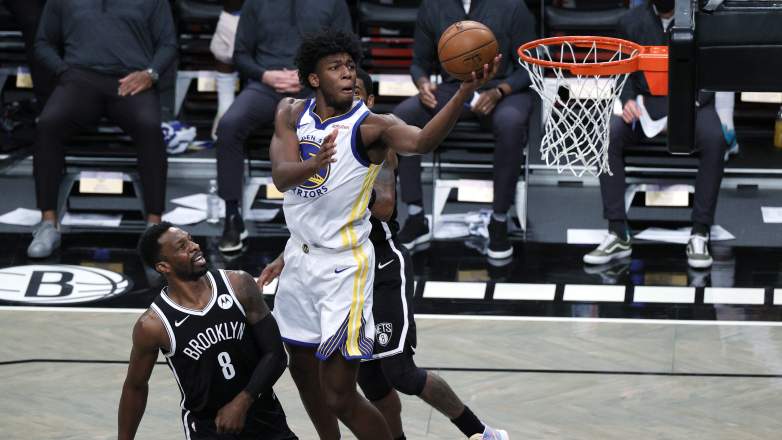 GettyJames Wiseman #33 of the Golden State Warriors attempts a layup against Jeff Green #8 of the Brooklyn Nets.

Prior to Golden State’s game against the Indiana Pacers, Wiseman was asked about The Athletic’s Anthony Slater what his thoughts are on not finishing the last two close games the team has played.

“It’s very difficult because I want to be out there. I feel like I can handle it. I’m working hard every day and I’m working my minutes, staying productive in my minutes, and staying humble. Working hard. Waiting for coach to call my name and I’ll be ready.”

“Other than that I’m just working hard and working my minutes.”

Following the question, Wiseman was asked about what he may have learned watching the closing moments on the sideline.

“Execution. Execution is the main component to winning games. Also, the defensive is how you win championships. It’s how you win games. So focusing on that end more, especially in close games will decide the factor on who wins the games.”

James Wiseman didn’t close either of the last two games. Asked him about that. pic.twitter.com/aNlR2x8Gvb 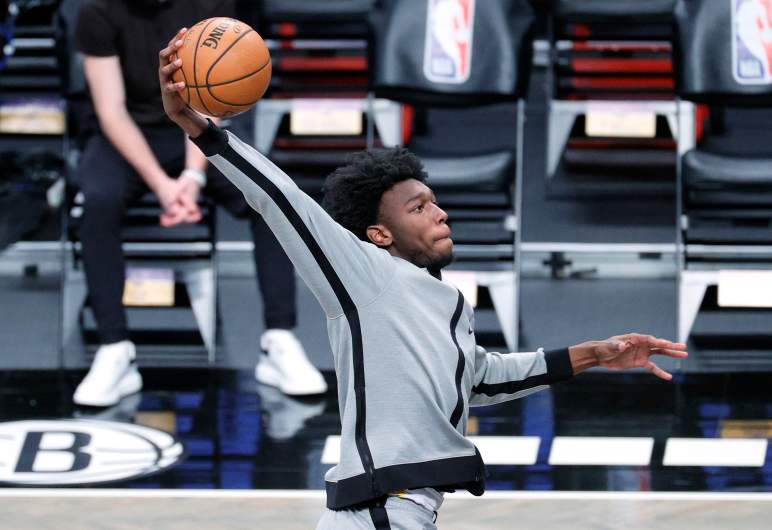 GettyJames Wiseman #33 of the Golden State Warriors shoots during warmups before the game against the Brooklyn Nets at Barclays Center on December 22, 2020 in the Brooklyn borough of New York City.

Call it what you may but the Warriors are in a great position having such young talent on their roster with their current stable of stars. Wiseman has been able to showcase his talent and skill multiple times this season and it is advanced beyond his years.

In fact, his talent has even left the coaching staff of the team in awe several times. Golden State’s assistant coach Mike Brown, spoke to 95.7 The Game’s “The Morning Roast” show about how much Wiseman has developed and the impression he’s left on them.

“But James — he does stuff on a daily basis that makes you sit back and go, ‘Wow. Did he just do that? Am I seeing that?’ The sky is the limit for him. I don’t know if there’s anything that he’s not gonna be able to do when he reaches his peak.”

Before Wiseman’s comments on not closing the last two games, Brown spoke as to why Wiseman isn’t being put back into the lineup and how it’s a learning process that will pay off.

“We gotta remember he’s 19. He played in a couple of college games. We gotta keep having some patience while he grows. And it is tricky because we do want to win, we do want to get off to a good start.”

“[But] we have to keep trying to give him opportunities to experience different game situations in close games down the stretch, and throughout the course of the game. Which is gonna be tricky for us because of his inexperience and us trying to win games.

“It’s a thing we have in mind what we want to do. But when things pop up, we make adjustments and we go with what what we feel is right not only for him but for the team and the growth of everybody on this journey.”