Going into the 2020-21 NBA season the Brooklyn Nets were on the teams favored to compete for the NBA title as they would have both former Finals MVP Kevin Durant and All-Star Kyrie Irving. So far, the duo has rarely disappointed when both are on the court.

In light of the absence of Irving for their past few games, the Nets took another leap forward and decided to break the internet in their most recent acquisition. Trading for the Houston Rockets’ former MVP James Harden, the Nets sent shockwaves throughout the NBA.

Some stars began to comment about the trade via social media. Yet the Golden State Warriors superstar and two-time MVP Steph Curry had a strong reaction to the news while live on the radio.

Curry’s Response to the New Big 3 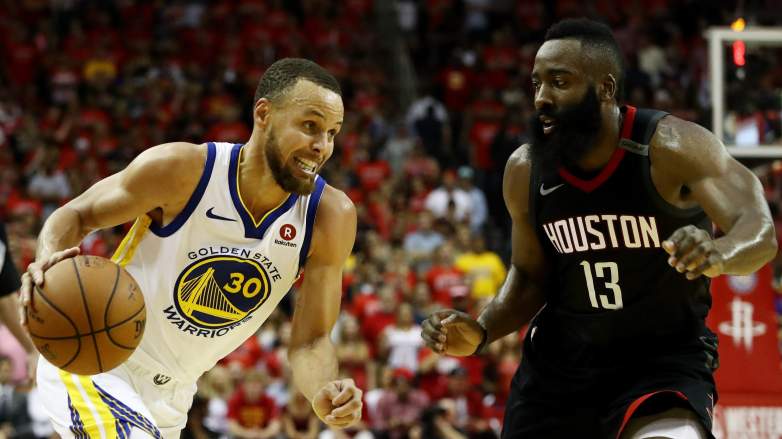 GettyStephen Curry of the Golden State Warriors drives against James Harden of the Houston Rockets in last year’s playoff showdown.

While creating a super team in the NBA may seem normal it still is something that can catch everyone off guard once the news drops. For Curry, he had this to say when asked about it.

“Pretty crazy,” he said during his interview with 95.7 The Game’s Tim Roye, via NBC Sports. “I know, in this league, nothing should surprise you and there’s been a lot of blockbuster trades the last four, five, six years. But it’s just crazy to know that when it actually happens, the landscape of the league shifts immediately.

“And obviously KD being out here with the team that we had and now with Kyrie and James, it’s going to be pretty interesting to watch that come together.”

This move places the Nets atop the board in title contention. Having 3 players who could be argued with the NBA’s Top-10, and two in the Top-5, they certainly have the talent to rival some of the greatest teams to ever suit up.

Still, this is why the game has to be played. As talented as the team is they have to work out their chemistry and ensure they all are committed to sacrificing to help the team win.

All three players have major experience being the best player on their team and being the go-to guy. Learning to become comfortable not having the ball in clutch moments or take fewer shots may be a barrier as much as it can be a breakthrough.

Stephen A. reacts to James Harden being traded to the Brooklyn Nets | SportsCenterAdrian Wojnarowski and (3:39) Stephen A. Smith join SportsCenter to discuss James Harden being traded from the Houston Rockets to the Brooklyn Nets, putting him alongside Kevin Durant and Kyrie Irving. #NBA #Sports ️ Donate now to Jimmy V Fund here: https://www.v.org/v-week/ ️Subscribe to ESPN+ http://espnplus.com/youtube ️ Get the ESPN App: http://www.espn.com/espn/apps/espn ️Subscribe to ESPN…2021-01-13T23:45:21Z

Curry is on High Alert 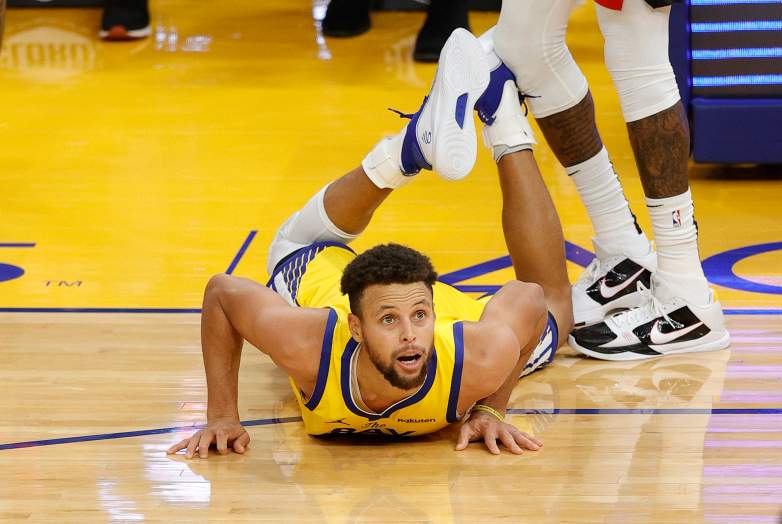 Knowing the level of competition has been raised in the league, Curry is on high alert. The last time something this shocking happened in the league is when Durant decided to leave the Oklahoma City Thunder for the Warriors.

Now, Curry and the crew are on the opposite end. Knowing this, he spoke more about how interest in the league is picking up and his readiness level.

“This league is pure entertainment and these type of trades keep the interest at an all-time high.”

“Excited to watch it all the way through, but obviously as a competitor, it keeps your antenna up,” he said.

The Warriors host the new-look Brooklyn Nets at the Chase Center on February 13th. If nothing else, the game will certainly be entertaining to see the potential high-scoring contest.