The main draw of Fortnite Season 5 so far has been all of the hunters being rounded up from the different universes.

In the latest round of crossovers we’ve seen Ryu and Chun-LI confirmed from the Street Fighter series, so we’re almost done with the additions.

There are at least two more portals that have to be opened on the island, and one Fortnite player thinks they already know where that will happen.

The theory goes that these portals are creating a cube shape on the map, and that might not be too far off from the truth. Longtime Fortnite players know all about Kevin the Cube and how he trekked across the map before dissolving into Loot Lake.

Although he is gone, many players still feel his impact, and it looks like Epic could be tapping into something big involving him.

These portal locations certainly have us curious about what’s being planned, so let’s take a look.

So far the portal locations are forming a cube. Just like the runes Kevin imprinted on the map in Season 5 Chapter 1 (Two are unreleased) from FortNiteBR

Thanks to a map from Reddit user duskyxlops, we can see that the portal locations seem to be making a cube.

For this map to actually become accurate, we’ll need the remaining two portals to appear in the south of the sand area and in Misty Meadows.

This could end up being a massive coincidence, but we know that Epic Games doesn’t exactly do anything without a purpose. It seems pretty clear that a cube is being made here, and our theory will really be put to the test with the next portal.

Before the Street Fighter announcement, we had three crossovers to go. Now that Ryu and Chun-Li are confirmed, we only have two more portals to look forward to, and it’s looking like we know exactly where they’ll be.

What Does it Mean? 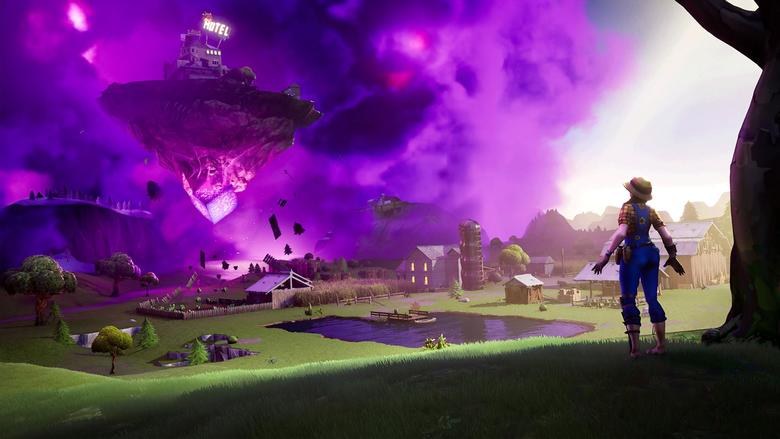 For the time being, this doesn’t mean a whole lot because it’s far from being confirmed. We know that the last time we saw this cube in Fortnite a lot of crazy things happened, so fans who are looking forward to chaos likely want this to happen.

On the other hand, this might just be a fun clue that Epic wanted players to pick up on. There’s no guaranteeing it means anything in the grand scheme of things, so we’ll have to remain patient and see how the plan develops in the closing weeks of the season.

One very curious thing to be aware this season is the fact that we still don’t know who the villain is. For previous seasons, it was made quite clear early on, so this is definitely a curious change.

We’re now entering the home stretch of Season 5 and if the plot is going to kick into high gear, it’ll have to do so in the coming days. The end of a season is always an exciting time and there’s no reason to expect that to not be the case this time around.

Let’s just hope Epic has something big in store so all of these hunters haven’t been taken from their universes for no reason.

READ NEXT: Fortnite Tied to WandaVision in Latest Episode